How do they present themselves: Calm and collected. Stern, grandfatherly, and judgmental.

Feelings towards being owned / rented: Indifferent

High or Low Maintenance: Medium. Requires an owner who is not dependent on emotional attachments; his demeanor is quite neutral. While he forms relationships quite easily, and is naturally outgoing and talkative, he can come off as quite emotionally detached. This assumption could not be further from the truth.

Diet / Allergies: Mostly vegetarian, but will eat anything

Can they Read / Write: Trained in writing and reading.

Talents / Skills: Rashne is interested in acquiring the following badges: Training: Other

Previous Owners: He was kidnapped from a refugee camp as a child and forced into child military service. He and a few others escaped, and he found himself bound into a religious community as a monk. When their small village was raided, he was captured and bound to the service of a noble man of the conquering civilization. The noble man was killed during a raid for territory, and Rashne found himself on a boat to the Tether.

For Rent or to Own: Rent

Availability: My Furc availability is spotty, and my connection is not always reliable. I am available on Discord in the evenings after 7:30.

What are you looking for in a slave / slaver Roleplay: Character building, back story, engaging. I prefer to stay away from sex-driven plots, and instead like to engage the complexities of a character. I enjoy group play.

What are your allowances for your character: I'm open to anything as long as it is consensual.

Character Description: A practiced even temper marked the expression of the aging ram, who was corded and solid with muscle. Confidence and a sparkle of mischief played in his golden gaze; a look that said, "Anything you can do, I can do better. I can do anything better than you." Born into poverty, forced into child militancy, trained as a monk, stolen by a nobleman who was later killed. The ram was not vain enough to cover the graying fur around his chin, but he did posses an affinity for warm sunlit rooms and afternoon naps. Shipped from the sweet-smelling Drakorian port of Ithalak. 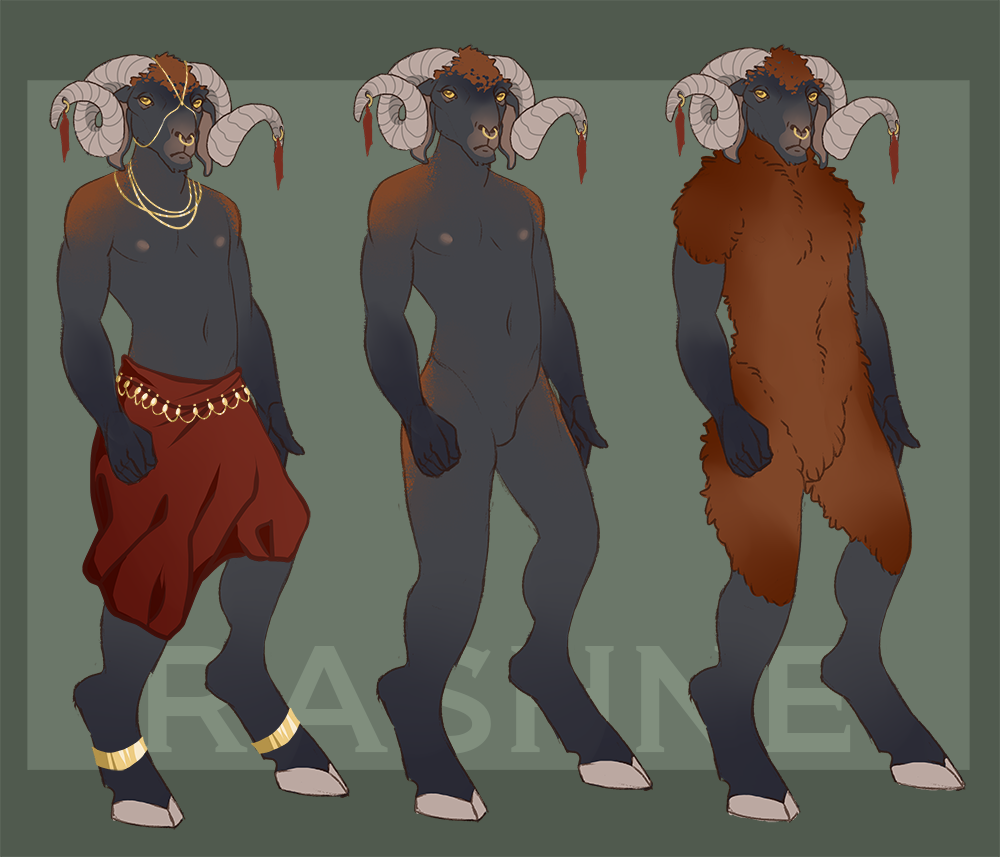 Contact Details: On my RPR, through Furc (Rashne), or through the forums.

Notes: I don't have a lot of rules or regulations for playing, and I am really easy going. Post length isn't an issue as long as it moves the story forward and we are both improving out characters!
RPR
Top
Post Reply
1 post • Page 1 of 1